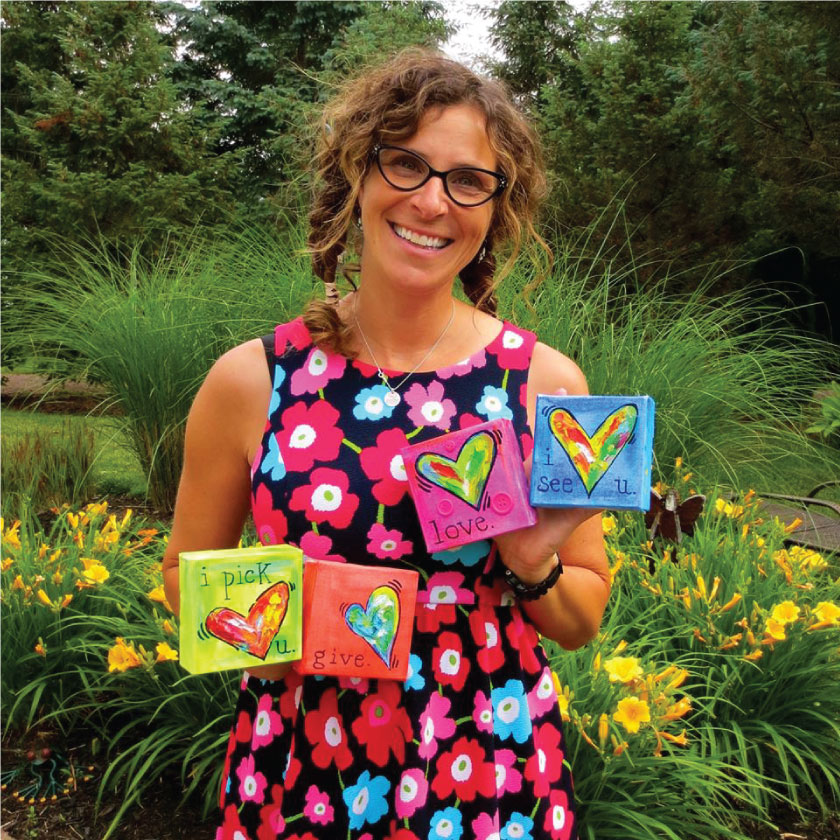 In October 2012, I slowly tapered off Klonopin, an anti-anxiety medication that I took exactly as prescribed by my doctor. Ten months later, after I took my last bit, I began to experience hundreds of terrifying physical, emotional and psychological symptoms. I developed memory problems, emotional dysregulation & digestion problems – none of which were present before taking the medication. Always a social person, comfortable speaking in front of large groups of people; suddenly, I was certain everyone wanted to harm me. For months, I endured excruciating pain, unable to walk, talk, read, or watch TV.

I never thought I would heal.

Homebound and disabled for years, I started painting as a way to distract myself from the excruciating withdrawal symptoms I was forced to endure.

First, I painted simple hearts, pairing them with evocative words. Next, I made a series of funny-looking monsters and, for the last year or so, most of my recent work has featured a colorful collective of whimsical figures, mostly female, who appear to be happy & sad & hopeful, all at once.

It has become part of my life’s mission to educate the public – students, parents, therapists and doctors – about the dangers of prescribing drugs which impact brain chemistry. Thousands of people have been damaged by these drugs; I’m one of the few who has made it to the other side.

Six years later, I’m grateful to be alive, able to do what I like to do, and I’d love to make something special for you.

Interested in purchasing a piece of art or having me create a custom piece just for you?

Click on the box below to send me a message!