In this part of the United States – January usually means down jackets, snow pants & polar fleece. Normally, I’m batting the flakes out of my eyelashes & scraping the ice from my windshield . By now, I should have built a snow fort or two, gone skiing or sledding or sipped hot chocolate by a fire.

But this year, while the earth is firm under my feet, I can still see the grass.

We are at a threshold, neither in nor out.

So on this winter morning, as I slid out the door wearing short sleeves — a blue t-shirt against the white sky – biting through soft summer flesh seemed…wrong.

In subtraction, they would call it the remainder.

I’m tired of these remnants, the what’s left sticky residue of summer on my fingers.

Let it be winter or let it be summer, but enough of this in-between.

Can you tell I’m feeling grumpy and frustrated? How am I ever supposed to move to a warmer climate when the mere thought of moving to a different state all by myself brings on a full blown panic attack?

I’d been fine, deadheading marigold blossoms, brown and crinkly at the buds.

For the first time in years, the sunflowers had come up, bobbling precariously on their thin green stems, ready to topple, as they always do. I’d been remiss about fall cleanup, so I stood out there in my winter boots, clipping and cutting, pruning and bagging.

And then, from the boggy-browns of late-winter garden, a turtle emerged, pulling himself through the grass.

Plugging along doggedly, he stopped to rest now and again and to crane his neck up and down.

I thought at first he was one of those snappers, the kind that can take your finger off if you get too close, so I kept my distance, wondering if he’d walked the whole five-miles from the lake, or if he’d caught a ride part-way. Either way, I knew he didn’t belong here, in the middle of my garden.

It caught me by surprise, the wishing.

Because he used to take care of this type of thing: shit on the lawn, birds the cat dragged in, half-squished spiders.

But I am alone now, so I scooped a rusted shovel under the turtle and saw the flabby edge of its shell, how it folded around the turtle like a shroud.

I thought about what I wished someone – anyone – would have done for me when I found myself sick and alone and crouching in the shadows.

I pulled off my gardening gloves and reached out, barehanded.

I petted his neck and sat with him for a long, long time.

And somehow that ocean between us became a lake and then a pond until it was nothing but a tiny droplet in my little plastic watering can.

Unless you’ve been living under a rock this week, you probably know that I made the cover of Rochester Magazine. The article was beautifully reported by journalist Sandra Parker and photographed/videoed by Jamie Germano.

In case you’ve missed it, you can read the story & watch the video HERE.

Also this Friday, I will be participating in Art for Action – a building wide initiative at The Hungerford Building, where individual studios are supporting different non-for-profit organizations.

On May 4th, 100% of my proceeds will go to WILLOW, a local agency that supports survivors of domestic abuse.🌸 (Not long ago, I found myself in need of their services, and I’m so very glad they were there.) Please bring your sample-sized toiletries & monetary donations to Studio 254 to The Hungerford between 5-9pm.

I’m also offering limited edition #METOO posters for a $5 donation, with all proceeds to go to WILLOW.

Hope to see a bunch of you there!

What good things are going on in YOUR life?

You’ve heard the BIG news. And the BIGGER news.

But the BIGGEST news?

Y’all . . .I made the cover of Rochester Magazine this month.

When I was initially approached to be the focus of an article, I was thrilled because – if nothing else – I try to use my art to reach people who have been damaged by benzodiazepines. I want them to understand that it does get easier; it just takes a very long time. If I’m remembered for nothing else, I hope it is in the area of advocacy for reform when it comes to psychotropic drugs.

But you know what else I want to be remembered for?

Being a super model at the age of FIFTY?!

Thanks to photographer, Jamie Germano, for a great photoshoot… and for airbrushing away all my wrinkles; to Sandra Parker for writing the copy; and to Mark Liu for having faith in my story. Copies are available at Wegmans and Barnes & Nobel starting today! 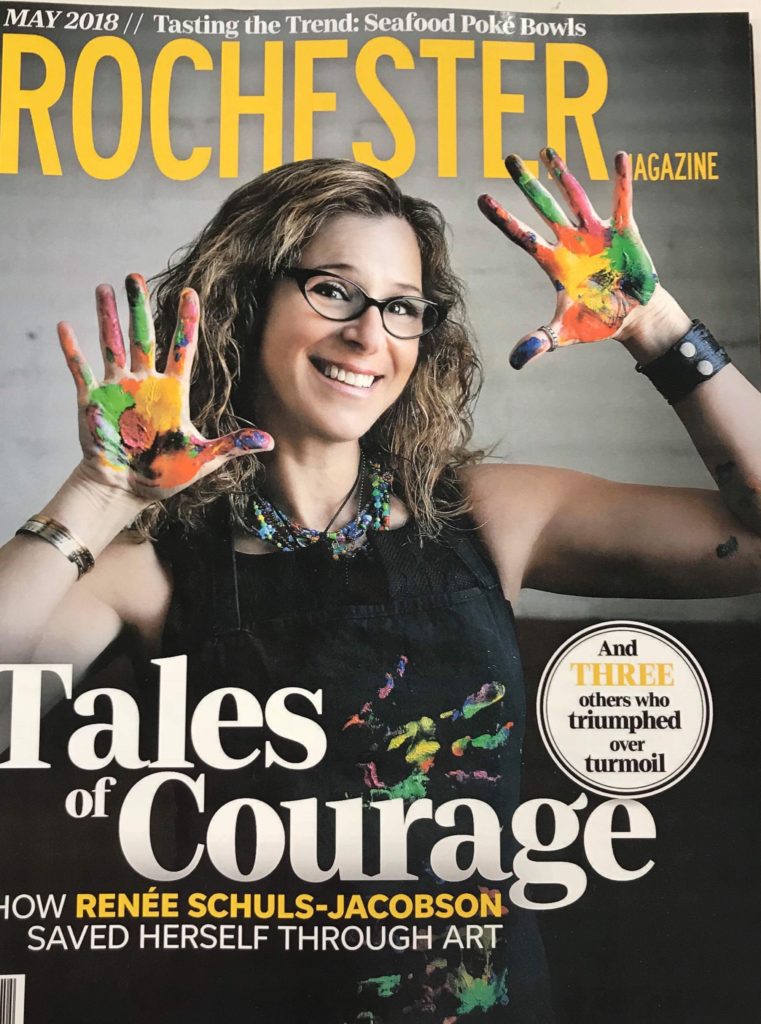 PS: I hope you will check out my story and share your reaction with me here and/or on Facebook.

Thank you all sooooo very much for continuing to support me on this crazy, magical journey that is my life. 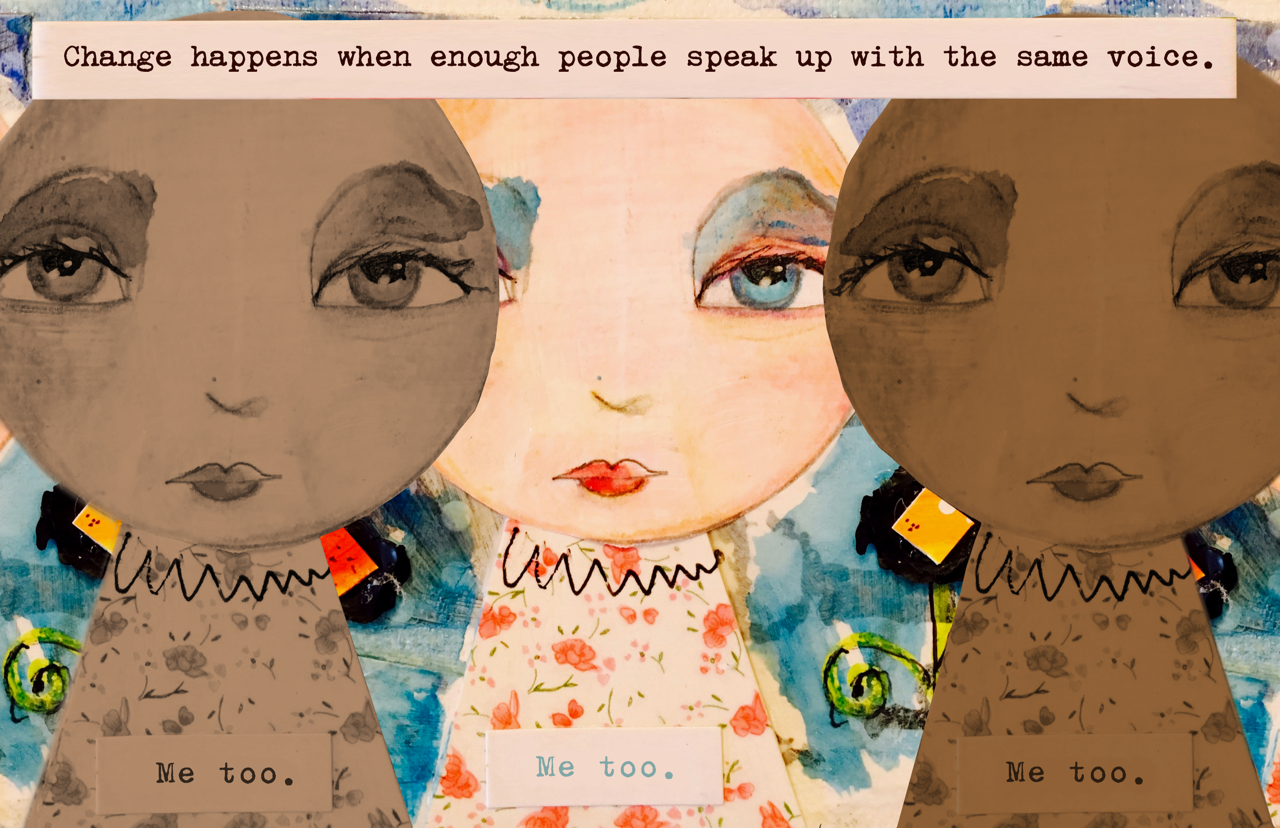 We, women, have been too quiet for too long, laughing when we should have been shouting. We dismissed inappropriate behavior and in doing so, we inadvertently allowed it. Now we see how important it is to confront bad behavior.

And the only way to make change is to speak up.

I’ve done it before, and I’m doing it again now.

It was not consensual.

“He wouldn’t stop when I asked him to stop,” I told my friends.

But no one knew what to say.

My own mother told me I’d “asked” for it.

Here’s what I needed to hear: That is terrible! It’s not your fault. You didn’t do anything wrong. He was only thinking of himself. You’re not alone. You’re going to be okay. What do you need? How can I help you?

The entire trajectory of my life was altered by that single event.

I wish I could say that that night was the only incidence in which I was encouraged to dismiss inappropriate behavior of the men around me.

But it was not.

We live in a culture that has allowed men to behave badly.

We have tolerated discrimination, assault, rape.

We are seeing it now, how our silence has protected our perpetrators.

Being “nice” has not served us well.

Yesterday, a friend suggested I create a piece of art that says “ME TOO” on it. Inspired, I shared the idea with another friend and together we collaborated to create this image.

Because we’re all in this together.

If you relate to this post, please type ME TOO in the comments. 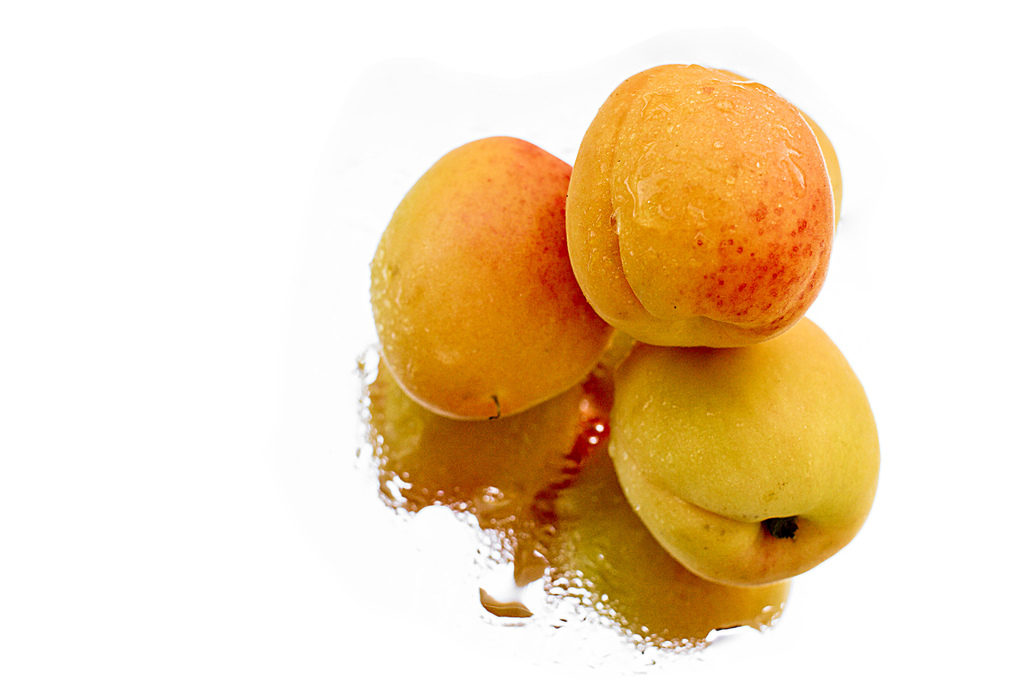 For a period of years, I exchanged letters with a boy. He was smart, and I felt flattered by his long-distance attention. I loved the way his words looked on the page, and after devouring the content of his letters, I would stare at his penmanship. His handwriting was distinctive; long, thin strokes in the “T’s” and “L’s”; his vowels undersized, tiny and tight. Very controlled. My “P’s” and “L’s” wanted to loop. My vowels were large and open, like my heart.

During this period, I focused on composing the best letters I could. I explained – dissected – deconstructed and reconstructed the world for him in an attempt to get him to see things through my eyes. I showed him the beauty of the cigarette butt left on the filthy street corner and wondered about the woman with the orange-red lipstick who had held it in her mouth. I addressed my envelopes, licked my stamps, sent my poetry and prose. And since there was neither instant messaging nor Skype nor Facebook nor email in the 1980s, I had to wait  . . . and wait. . . and wait for the postal carrier to (finally) bring me a long anticipated envelope. And always his responses were wonderful: filled with answers and more questions, more observations which led to more thinking, reflecting, writing.

Through our correspondence, I fell in love. With words. I learned how, in English, multi-syllabic words have a way of softening the impact of language, how they can show compassion, tenderness and tranquility. Conversely, I learned that single-syllable words could show rigidity, honesty, toughness, relentlessness. I saw how words could invoke anger, sadness, lust, and joy. As an adult, when speaking, I sometimes feel like I did not say quite the right thing. But when writing, I have time to be careful, to ponder, to find a new way to say something old. I can craft something magical.

I have always said that the best writing is born in obsession, rooted in a specific place.

My favorite word is “apricot” because it invokes a specific sense of smell, of taste and touch – but for me, it also reminds me of a particular morning in a particular place when the sun rose and made the world glow. It is a juicy word. A sweet word. A golden word scented with summer. I use the word “apricot” to show my students how one image can hold a lot of weight.

What are your favorite/least favorite words? And what do they evoke for you?

As I return to the land of the living, I sometimes like Rip Van Winkle. You know, that guy who fell asleep for 50 years and then woke up to find his beard had grown a foot long, his wife had died, and that his close friends had fallen in a war or moved away.

Unlike Rip Van Winkle who resumed his usual idleness once he returned to daily life, I feel motivated to work hard and love hard and play hard.

I want to live like every day is a holiday.

And guess what? I found out every day is a holiday.

Did you know today is National Ding-a-Ling Day.

Yes, it is. And I’m not talking about the Salvation Army Bell ringers. Nope. Today is the day where we’re supposed to cut loose and act a little weird.

What am I doing to celebrate Ding-a-Ling day? I’m connecting with writers and artists whose words & images I love!

To that end, today is my first “Fill Me Up” Friday. I’m asking you to leave a comment for me in which you share ONE of your more recent blog posts and paste the link in my comment section.

Wait, How Does This Work?

Do me a favor and celebrate today and every day! I’m so grateful for each one of you. Here’s a link of me doing something a little out of the ordinary. Enjoy:

Oh, and if you haven’t entered the giveaway to win one of my 4×4 canvases, you might want to click HERE. There’s still time to win.