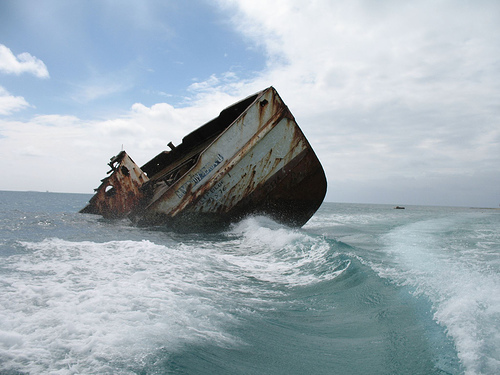 My son happens to be a very cool kid. A smart boy, he naturally gravitates to science and math, thus making me wonder how it is possible that he sprang from my loins – but then my husband is a math-science guy, so it makes sense. A voracious reader, my Monkey cannot easily be torn away from a book. I have never had to ask him to do his homework. He comes home from school, makes himself a snack, eats it, puts his dishes in the dishwasher, and then disappears to do his homework. He just does it. I know some of you must be wondering what could this woman possibly have to complain about, so here it comes.

Recently, Monkey’s 5th grade teacher asked me to take a look at his English assignment due that next day. Monkey had been asked to answer a question, making sure to provide the title and genre of  the work, and a thesis statement. He was also asked to use topic sentences and provide textual support and cite the page number as well as explain how the quote supported his idea about the topic. I was elated. I mean, this was a friggin’ awesome assignment and not too different from the type of assignment I might give to my own students in an Intro to Composition class.

“What should I be looking for?” he asked.

“Monkey doesn’t integrate quotes into his papers; I’d just like to make sure he understands how to do it.”

That night, I explained to my Monkey that his teacher had asked me to take a peek at his assignment. His handwriting was solid, his topic was interesting, he included the title and genre of the book, but – nope, she was right, no textual support. I asked Monkey about the missing quote. He shrugged his shoulders and said he “didn’t care” because he knew he was “still going to get a high score on the rubric so it didn’t matter.”

“You need to find a quote,” I said quietly, handing him his notebook.

“It’s fine,” he said, attempting to slide his notebook into his backpack.

“You need to do it,” I argued, my voice a little louder.

If an alien had landed in my kitchen at that moment, it would have thought that – on Earth – children communicate by screaming and crying and that mothers communicate with their young by wrestling them to the ground and screaming even louder. I am quite certain that we looked something akin to Bart and Lisa from one of those episodes of The Simpsons where the siblings are choking each other; in these episodes, they are generally screaming,  their necks are really long, and their eyes are bugging out of their heads.

Finally, I brought out the big guns.

“If you do not do this, you will have a huge consequence.”

A people-pleaser, my Monkey hates consequences, so with resignation he took his notebook and retreated to the office, closing the door behind him. Like I said, he’s a smart kid; he didn’t want to lose his screen time for the rest of the week. One-half hour later, he emerged with a fabulously fabulous journal entry that was even better than the first. It was neatly written, well punctuated, included capital letters; he even remembered to include the page number for his quote. So why all the drama?

I don’t micromanage my son’s academic career. Lord knows, he’s moved beyond me in math and science already, and when it comes time to create a Power Point presentation, he’s my go-to guy. He accepts criticism from his schoolteachers and baseball coaches, his fencing instructor, and his piano teacher. He accepts fine-tuning in violin and he doesn’t mind when his religious school teacher tells him he has mispronounced something. So what is it about the parent-child relationship that brings out such ugliness, such hysteria when it comes to academics? Why couldn’t he just do it for me?

Had Monkey’s teacher not asked me to look at his homework, I would not have found myself involved in that little power struggle, which is really what it was. And what stuck in my craw was that he said he was getting good grades for not doing all the work properly. Could that be true? It occurred to me that if my son’s teacher had given him a low grade – a really low grade – on any of the assignments leading up to that one, it might have motivated him to work harder to give her what she wanted. He’s no grade grubber, but seriously, what motivation is there to change your ways if you’re being rewarded for doing something half-assed?

I called Monkey’s teacher the next morning the moment he hopped on the bus and told her that, while he had completed the assignment, it created real tension between us.

“Do me a favor,” I added. “Next time, if he doesn’t follow the instructions, give him a low grade. He isn’t motivated to work harder because he says he has been receiving high grades on these assignments even without doing what you’ve asked him to do.”

“I can’t believe you are telling me to give him a low grade,” she said. “Would you want him to have the opportunity to redo the assignment if he really blows it?” she asked.

I wonder how many teachers feel held hostage by American parents, afraid to give low grades to students who aren’t really living up to their full capabilities. They must know that if they give low grades, they will face an onslaught of angry emails and phone calls. But how does inflating grades help our children? From where I stand, all it means is that I have to teach it to them later when they hit college level.

Yesterday I made a mini-resolution: From here on out, unless my child specifically asks for my help, I am going to consider him the captain of his own seafaring vessel. That means he’s pretty much on his own, but he’s equipped with a CB radio with a direct line to me. I’m there on the beach in case of rough waters (or confusion about how to use semi-colons) in which case I’ll hop into my little motorboat and ask permission to come aboard. And once the seas have calmed and he has control of his ship again, I’m outta there, back to my spot on the beach.

How involved are all of you in your kids’ daily homework assignments? And could you stand by and watch your child go down with the ship?