Guest Post by Clay Morgan: Lessons From a Pop Teacher & a Few Zombies - renée a. schuls-jacobson
because life doesn’t fit in a file folder
JOIN MY TRIBE.
Sign up for Occasional Extras and Special Discounts.
WHAT I WRITE ABOUT
SEE MY ART.
READ MY WORDS.
SEE MY TWEETS.My Tweets
HANDS OUT OF MY DRAWERS! 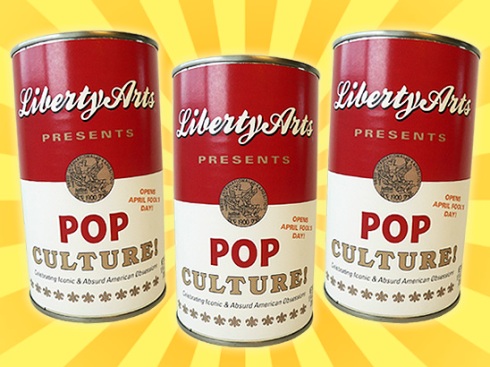 Today’s guest blogger is Clay Morgan from EduClaytion.com. Besides being one of my very first cyber-friends in the bloggersphere, Clay is an amazing educator. He is a revolutionary. You know that game six-degrees of separation? Well, in the world of bloggers, it seems nearly everyone knows Clay. He gets around. Today he is sharing his thoughts about using Pop Culture in the classroom.

As a teacher, I’m often amazed at what pools of knowledge I must dive into in order to effectively communicate with my students.

Just the other day I was giving a lecture on Europe after World War II. Many of the students were fading and staring blankly in my general direction. I was about to explain one of the most important parts of the entire course and needed them alert and free of mental paralysis.

Good thing I know so much about zombies.

I’m not referring to the students although any teacher doing the job for a while knows what it’s like to stand before a room of pupils imitating the undead. I’m talking about the zombies of culture, specifically movies.

See, I needed to explain the crisis of Germany after Hitler’s death in 1945. Nations like America and England recognized the importance of a strong German nation, strength that was critical to European recovery. At the same time, someone had to keep an eye on nasty Joe Stalin and the Soviet Union.

But those pesky Russians and their nervous cohorts in France were sick of Germany. They despised the nation that had brought war on them twice in a quarter century. Tens of millions had already been killed. They thought letting those Germans come back again was just asking for global destruction. Plenty of folks wanted Germany turned into a parking lot surrounded by fields.

So I’m teaching this anti-German plan named for U.S. Treasury Secretary Henry Morgenthau. Students must understand these events to get a grasp of the Cold War, our centerpiece for the rest of the semester. They didn’t seem too enthused. Then I remembered Zombieland.

Most of my students haven’t seen the greatest films ever made about WWII such as Schindler’s List, Saving Private Ryan, or Life is Beautiful.

But they have seen Zombieland, a 2009 flick in which Jesse Eisenberg (the guy from Social Network) plays Columbus—a college student trying to survive in a zombie dominated world.

Columbus lives by about 30 rules, the most famous of which is probably #4: Double tap. You might not know what that means, but my college students do. It means shoot twice when the walking dead want you to join them. It means be certain that the monster you just defeated doesn’t get back up.

Do you see where I’m going with this?

My class was alive and kicking when I told them that the Morgenthau Plan was the 20th century attempt to double tap. Germany was the zombie. This analogy led to a great discussion on world power and how we should handle those responsible for human atrocities. My students will never forget the stakes of the post-war world with such a powerful visualization. Based on past experience, I have a feeling I’ll get an email in a couple years thanking me for a good class and joking about double tap.

Some education types say that movie references have no place in an academic setting. My question to them would be whether or not they want to connect with students or not. The past couple generations have been saturated in culture. It’s long been in our heads and now it’s in the palm of our hands.

Students live and breathe this stuff, so why not make it work for us? The best way to teach someone what they do not understand is by using what they do. You wouldn’t walk into a Chinese classroom and expect the students to understand your English. Same thing goes in Western classrooms. If you fail to speak their language, you will not be heard.

Applications for using pop culture in educational settings are only limited by our creativity. That’s why a bunch of us started PopTeacher.com, to pool together the best ideas out there so we’ll have a nice reservoir of ideas to dive into.

I expected opposition and ignorance from naysayers. I was even prepared to double tap their arguments. I did not expect such a fabulous response so quickly.

PopTeacher.com has already been featured in the Pittsburgh Post-Gazette, and I’m now being asked to speak at collegiate conferences about these ideas. That’s pretty funny because my pedagogical strategy consists of a) showing up for work and b) being myself.

The best response has come from dozens of teachers—grade school to higher ed—who are eager to share their experiences and ideas. More email comes in every week.

Teaching as a career is a grind that can wear us down. Then we risk getting tired and disconnecting. We lose effectiveness when that happens. Why not have some fun and dive into our bountiful culture? You never know where the interests of others will lead a discussion. You might even find a way to bring a group to life by talking about the undead.

So what do you think? Do you like the way Clay thinks? Would you want to be a student in his class? Have you ever been in a class where the teacher used Popular Culture references? What do you remember? Or do you think this kind of approach dumbs down our educational system?

Clay will field your comments today.

36 thoughts on “Guest Post by Clay Morgan: Lessons From a Pop Teacher & a Few Zombies”