My Blogging Report Card: The Year in Review

Yesterday, WordPress sent its bloggers our end of the year report cards, which provide us with some fun statistics. I stopped looking at the numbers a while ago, so it is fun to see how this year compared to last year.

According to one part of the report:

About 19,000 people fit into the new Barclays Center to see Jay-Z perform. This blog was viewed about 150,000 times in 2012. If it were a concert at the Barclays Center, it would take about 8 sold-out performances for that many people to see it.

The busiest day of the year was November 17th with 1,103 views. The most popular post that day was Coming Clean About My Age.

Hello, Jay-Z? Did you hear that? Eight sold-out performances. You might want me on your tour. Just sayin’.

For me, 2012 was a mix of highs and lows. There were a lot of best of times. And I didn’t have anything that I would count as a “worst of times,” and for that I am fortunate.

In January, when I learned that my niece and nephew had not received their holiday gifts, I wrote I’m Sorry The US Postal Service Wrecked Your Christmas.  Just in case you were left hanging, wondering: Did the kids ever get their present. A month later, the box came back to my house. Apparently, my sister-in-law has a really cranky mail carrier.  This year, we got it right. I think.

In February, I Got Lucky in N’awlins when I met The Lucky Mom in the city that holds my heart. We only spent about 5 hours together, but Lisha has become another angel who lives and breathes in The Crescent City.

In March, I showed you some emails from my students in wotz da big deal cuz u no wot i mean. It hurt to write that the first time, and it hurt again now. Please remember to read to your children. And as they get older, please try to hold off on letting them texting until they have mastered basic rules of spelling and grammar. No matter what anyone says, their teachers can tell the difference. And yes, it matters.

In April, I started  shopping for dresses for my son’s upcoming bar mitzvah and gave you A Reason to Hate Communal Mirrors after a stranger gave me a few unsolicited words of advice. 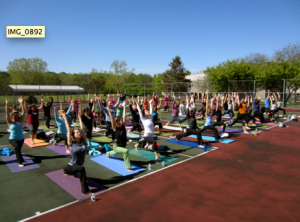 In May, I went to an outdoor yoga event in memory of an old friend who died of brain cancer. I found myself wondering Why Did I Stop Yoga? And I’m proud to say that is one mid-year resolution I’ve kept.

In June, I started to obsess about TechSupport’s bar mitzvah, which took place at the end of the month, just 8 days before he left for a month an overnight camp. I wrote Channeling Atticus Finch, a flashback where I remember being very-pregnant with the person who would become my only child. It’s hard to believe that I have a teenager now, but those of you who have been reading recently, know that I sooooo do. Because he sooooo is. 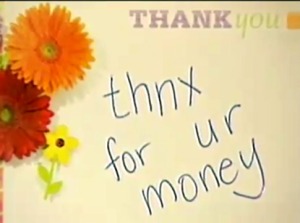 In July, I asked Is It Wrong To Type Thank You Notes? After Tech’s bar mitzvah, he had a lot of gratitude to show. But his penmanship is atrocious. The comments in this post were interesting and helpful. I also kvelled a bit as I wrote how I felt about my son’s bar mitzvah in To My Son, One Month After and The Happy Hora and A Gift from Grampy. I don’t usually write about religion; perhaps this is why these posts are so special to me.

In August, I got some photographs back from the photographer! So I was able to show you some pictures of Tech’s science-themed bar mitzvah in What It All Looked Like.

Life was good. Everything was ladybugs and sunflowers. I thought it could last.

And then, things kind of fell apart a bit. In August, my writing partner dumped me. And my computer crashed. I lost a very important relationship along with twenty years of teaching curriculum, all my photographs, all my writing, as well as the first draft to my recently completed novel. 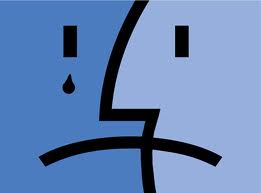 A month later, after I stopped crying, I wrote Rebooting Myself After The Great Computer Crash: You’ve Got To Back That Thang Up. Consider this a Public Service Announcement. If you have a computer and you don’t have an external hard drive, please buy one for yourself. Now.

In October, a girl at my son’s school used social media to announce that she was going to commit suicide. I wrote When a Walk in the Park is Not a Walk in the Park after my son and I took a walk where he opened up to me a little. That was rough.

In November, I gave myself a blog mini-makeover, and some blogging friends offered me some faboo headers from which to choose. I survived another birthday, and wrote Coming Clean About My Age, which was Freshly Pressed.  *Sarcasm on* So you know it was one of my very best pieces of writing. *Sarcasm off* But for real, being SquishedFlat brought a lot of new readers to my blog, and for that I am grateful. 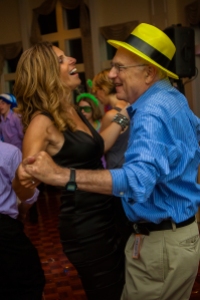 In December, I wrote Make a Wish: It’s 12:12 on 12/12/12. Because my father turned 75 on that day, and the world did not end nine days later either. So it’s really good that I didn’t give him any of the Doomsday gifts that I considered in that post.

Oh, and I also retired from teaching in December. Forever.

I didn’t write about it. I just walked out of my classroom. After twenty-two years as an educator, I’m burnt out. It is hard to write those words because so many of my happiest days were in one classroom or another.

I am craving new adventures.

And I want to finish my book.

That is the only resolution I am making for 2013. I am going to get it done.

Oh, I need to thank everyone who follows my blog. Even the person who follows me from Zambia. (Whoever you are, thank you!) However you find me, please know I am grateful that you are reading my words. I love your comments, and I encourage you to leave them! Why? Because each one is like a non-caloric yet astoundingly delicious piece of caramel dipped in peanut butter and rolled in chocolate. Who wouldn’t want that?

I am grateful to each of the guest bloggers who participated in my Lessons Learned series. Because of their generosity, I had 29 amazingly diverse voices, each sharing a valuable life lesson. If you don’t know what I’m talking about, click on the link above or check out Giddy About Guest Posts in my sidebar.

May this white stuff stick around for a little while and then melt.

68 thoughts on “My Blogging Report Card: The Year in Review”