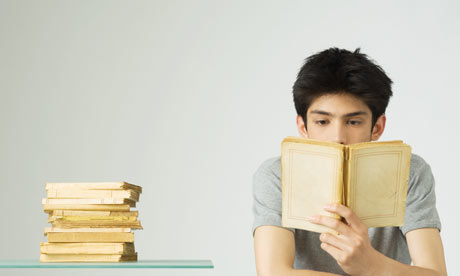 After much debate, the Texas State Board of Education passed new high school textbook standards that recast U.S. history from the point of view of a conservative movement.

The AP reports on the 9-5 vote by the Republican-dominated board:

The partisan board has amended or watered down the teaching of the civil rights movement, slavery, America’s relationship with the U.N. and hundreds of other items. … They dictate how political events and figures will be taught to some 4.8 million schoolchildren in Texas … for the next decade.

The new standards state that students must “discuss alternatives regarding long-term entitlements such as Social Security and Medicare, given the decreasing worker to retiree ratio.” Another clause says students must “describe the causes and key organizations and individuals of the conservative resurgence of the 1980s and 1990s, including Phyllis Schafly, (best known as an opponent of the Equal Rights Amendment – which has yet to be adopted), the Contract with America, the Heritage Foundation, the Moral Majority, and the National Rifle Association.”

In the video below, note how Republican board member Cynthia Dunbar begins the meeting on Friday May 21, 2010. She says (amongst many other things that made my jaw drop), “I believe no one can read the history of our country without realizing that the Good Book and the spirit of the Savior have from the beginning been our guiding geniuses. Whether we look to the first charter of Virginia, or the charter of New England … the same objective is present: a Christian land governed by Christian principles,” she says.

Call me crazy, but if people want their children to be “governed by Christian principles,” they might consider sending their children to private Christian schools, from which there are many to choose. But we are talking about public education here. Public schools have always served as the place where children of all races, classes and religious beliefs meet up to learn skills that will help them become productive members of our society. Christian principles non-withstanding, these new curriculum requirements in Texas are so slanted to the right, they seem to actively discourage critical thinking skills.

My ethnically diverse neighborhood in Western, New York is home to Jews, Muslims, Sikhs, Christians, Buddhists and atheists. Personally, I was surprised that Ms. Dunbar was allowed the begin the school board meeting with this kind of invocation, as I always thought that Thomas Jefferson strongly advocated a separation of Church and State. I guess in Texas that baby was tossed out with the bathwater, too.

If life were a playground game of “Mother, May I,” it would seem that the Texas Board of Education has just taken one giant leap towards revisionist history. A good educator can work with any kind of textbook (even without a textbook), but it is difficult when such strong bias is presented as Truth to students who simply don’t know to ask about the other sides(s) to these complex issues.

On an up-note, in this miserable economy, I guess it’s a good time to be a textbook writer.

What do you think about the textbook decision in Texas?

9 thoughts on “Proud Not To Be A Texan”